MattDotCom is the brainchild of Sharon and David Harding-Price who with their teenage son Matthew after he was admitted to hospital in 2000 with cancer, became aware that when teenagers go into into hospital it becomes very difficult for them to continue with their education, maintain contact with their peers and schools.

Most hospital schools only have a couple of laptop computers and these tend to be taken back into school at the end of the day, resulting in teenagers not being able to work in the evenings or use the computer for entertainment.  Also as teenagers move into GCSEs and A levels it becomes harder for them to access the programmes and machines for long periods so as to complete project work.

In October 2001 with support from friends, MattDotCom was launched. 2002 saw them start fund raising from the friends and then from the wider community in Lincolnshire.  By the end of 2002 donations were coming from all over the United Kingdom.

In 2003 we started to lend out equipment to teenagers. Spring of 2004 we purchased first 8 laptops, which were lent to teenagers within days of their 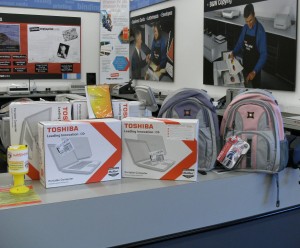 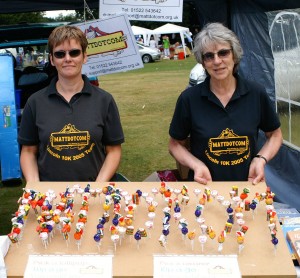 2010 Charly takes over as President and we start the long process of review.  2011 upgrade a number of units for teenagers who have had equipment for more than three years and still need it.  We also start process of internet upgrade on machines and developing virtual communications.  2012 we started looking at giving equipment rather than lending.  We developed a process where teenagers are lent laptop for a year and then if they still require it, they are given the equipment. All teenagers with currently loan equipment have been given it and some have had free upgrades.  2013 Start process of moving to giving systems to

teenagers from day one.  Committee investigate costs of this.  2014 We decided with the speed of modern technology and the reduction in prices (new system now costs around £850, when we first started it was 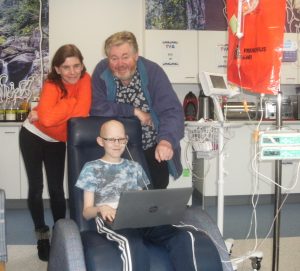 over £2,500) that we will give the equipment to teenagers from day one now.  So system changed and we started giving the equipment to teenagers, by end of year all teenagers had been given or had the equipment they had on loan transferred to their name. 2015 was a quiet year, not sure why, maybe we need to advertise – hmmm.  2016 saw our 100th teenager helped.  MattDotCom is now servicing whole of the Midlands.  2017 saw a rise in the number of referrals with a number coming from Manchester area.  2018 was a busy year with our 125th Teenager helped.  A number of trips to Birmingham and Manchester Children’s Hospitals where teenagers get treatment.  Running Imp made us their Charity of the Year and we received fifteen thousand pounds from them.  2019 and we finally saw the closure of Staple/Office Outlet which caused us some problems as they were our very supportive suppliers.  However, we are pleased to announce thanks to the work of Dianne Slapp from Lincoln’s Volunteer Bureau we are now working with Jerry Parker and SCS Technology Solutions to access our laptops.  We continue to shop around for printers, bags, cables etc.  2020 was the year of COVID and although we managed to support 2 teenagers our activities were curtailed by COVID restrictions.  As we move into 2021 we have supported 136 teenagers and are about to help the 137th.

2007 – Abi Harding-Price takes over as President

2011 – MattDotCom remains in the black, through the national financial crisis

2014 – All teenagers are now given not lent laptops

2020 – the year of COVID, we tried to continue to help teenagers but restriction resulted in only 2 teenagers being helped.

Currently we are looking for an Independent Examiner – please contact David @ mattdotcom.org.uk if you can help.

The Rt Rev Dr. John Saxbee, Bishop of Lincoln was our Independent Referee (following his retirement we are looking for a replacement)

If you think you can help us in any way please contact us via support at mattdotcom.org.uk

If you are not familiar with our organisation and this is your first contact with us, we would be pleased to hear from you.  If you are a teenager with a life threatening illness please let us know what your IT needs are and we will try and help.  Professionals working with teenager with a life threatening illness can request applications forms at any time.  Anyone with questions we will be more than happy to try and answer them (go to contact page).

Photographic evidence from 2001 that David and Matt occasionally worked. 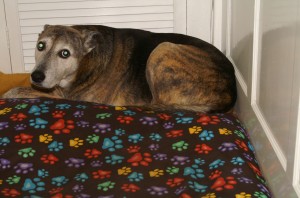 (We are trying to find the picture which appears to have vanished.  In the mean time here is one of his beloved dog).   Here caught fixing the MattDotcom car.  If you believe that you will believe anything!  What this does show is that even with cancer and a titanium implant Matt was determined and able to do the things he wanted.  He was a quiet inspiration to all teenagers with cancer.  R.I.P.